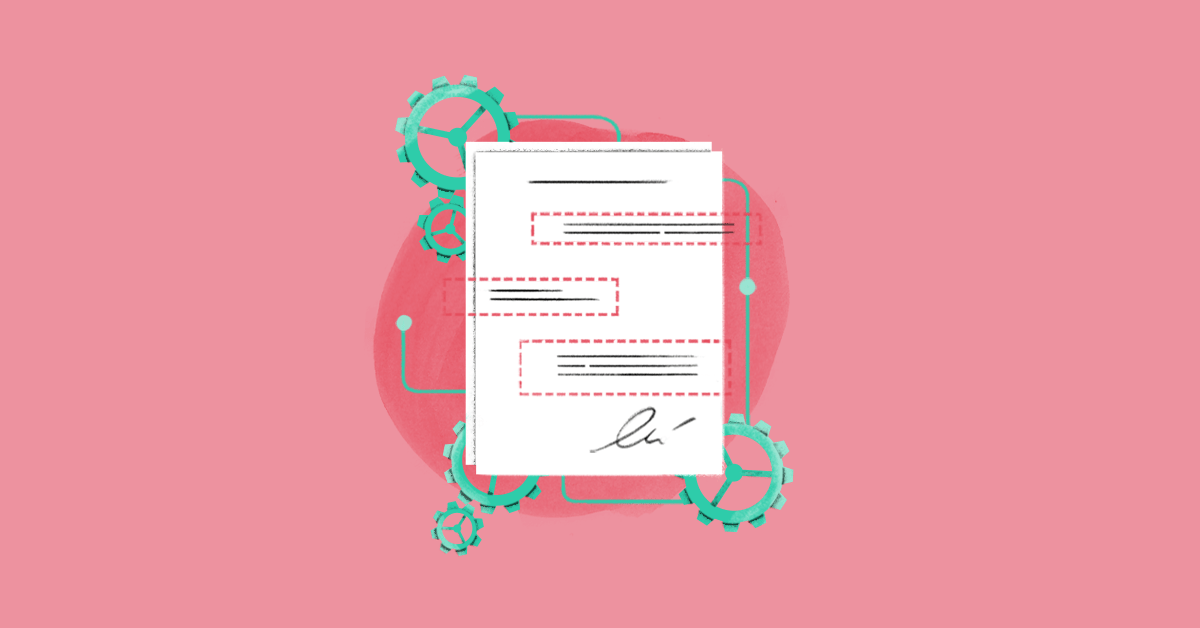 How to create, automate and sign a Non Disclosure Agreement (NDA)

NDAs are some of the most common contracts in business, but often become a headache for legal teams in growing businesses. Find out how to automate them and get started with a free NDA template.

Let’s explore the reach and the impact of NDAs within a company. What are NDAs? Who uses them, and why do they automate them? Use the navigation menu below to find out more, or if you're ready to get started, just jump straight in with the free template below.

What is an NDA? | Unilateral vs Mutual NDA | How to write an NDA

What is a Non-Disclosure Agreement (NDA)?

NDA stands for Non-Disclosure Agreement (NDA) - a contract in which the parties agree on confidential material they’d like to share with each other, but prevent from being shared with third parties. NDAs are sometimes known as confidentiality agreements too. NDAs enable confidentiality and privacy when it comes to sensitive or proprietary information, like commercial terms, product information or trade secrets. NDAs are amongst the most common contracts in the business world, with applications everywhere from sales to employment or publishing.

A unilateral Non-Disclosure Agreement is a confidentiality agreement which only binds one side of the contract to protect the other party's confidential material. A mutual Non-Disclosure Agreement is one where both parties agree to be bound to protect each other's confidential material. Make sure you know which type of NDA you're signing before you put pen to paper (or rather electronic signature - no need for wet signature in 2021).

How to write a Non-Disclosure Agreement

To write an NDA, you can use the free template below as a starting point. But be aware that a contract is binding and the language of one template is unlikely to be perfectly suited to your situation. It's advisable to take legal advice before binding yourself to contractual terms. You could also check out template libraries like this one for US users.

If you're ready to get started with automating non-disclosure agreements, then here's an NDA example you can use to get confidentiality agreements in place quickly, as part of an automated workflow that frees up your team for high-value work.

Click below to get this free non disclosure agreement PDF, or as a draft in Juro, or hit the last link to get a free account, where you'll find this free confidentiality template included in your workspace ready for you to use. 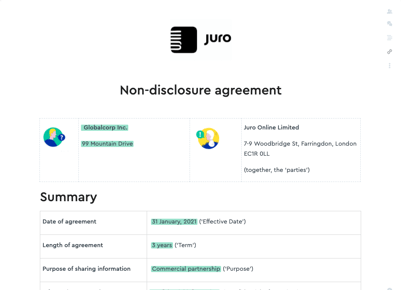 Keep reading to get a better understanding of the NDA process, and why more and more high-growth businesses are choosing to automate NDAs.

Due to their ubiquity, NDAs affect numerous teams, and in different ways.

A painful process around the creation and management of NDAs is one of the most common complaints we hear from business users hoping to automate their contract workflow. At its worst, the process looks something like this.

A user in the business emails a member of the legal team and says “I need an NDA.” The legal counsel, likely buried in work, suggests that the user finds it themselves on the shared drive; she might eventually relent and email one across. Somehow, the user finds a template (not necessarily the most current version), fills in various fields in square brackets and emails it to the legal team to review. Legal corrects various details and returns it to the user.

The user then sends the NDA to the counterparty, who may comment and mark up the document in Word, emailing it back. Eventually agreement is reached and both parties sign, either with a wet signature and a sign/scan/send process, or an eSignature provider.

Once signed, the NDA will hopefully be emailed to the relevant parties and stakeholders (legal, sales and so on), and hopefully saved on a shared drive.

What are the NDA pain points?

When we ask new legal customers or prospects what the biggest pain they face is regarding contracts, it’s rare for them to get through the first sentence of their response without sighing the letters ‘N’, ‘D’ and ‘A’. Pain points include, but aren’t limited to the following:

How to automate a simple NDA

Modern businesses increasingly look to automate routine contracts using a contract automation platform, in order to free up the legal team's time for high-value work. By using automated templates, you can generate simple NDAs from templates in seconds. The process is typically as follows.

Legal counsel should still be the owner of the NDA template, or templates, in an automated workflow. They can define and revise the terms of the NDA, and enable business users to generate their own contracts from this template without altering the key language of the confidentiality agreement

At Juro we see business users of all kinds self-serving NDAs from templates. Typically the highest volumes come from sales teams, who send NDAs along with MSAs (Master Services Agreement) and order forms to new prospects. However, people teams might send NDAs to new employees or contractors; or in the media industry, journalists and editors might send NDAs to ensure exclusivity for a story.

In an automated workflow, users will use the Q&A flow to enter key data in smartfields, like counterparty name, counterparty email address, effective date, and so on. This data will autopopulate the generated contract, and be searchable afterwards.

It’s important to communicate widely as to who can generate NDAs, to meet the business’ demands; some companies even use automation to allow the generation of an NDA through a bot, following a specific command in Slack. This kind of approach depends on risk appetite. 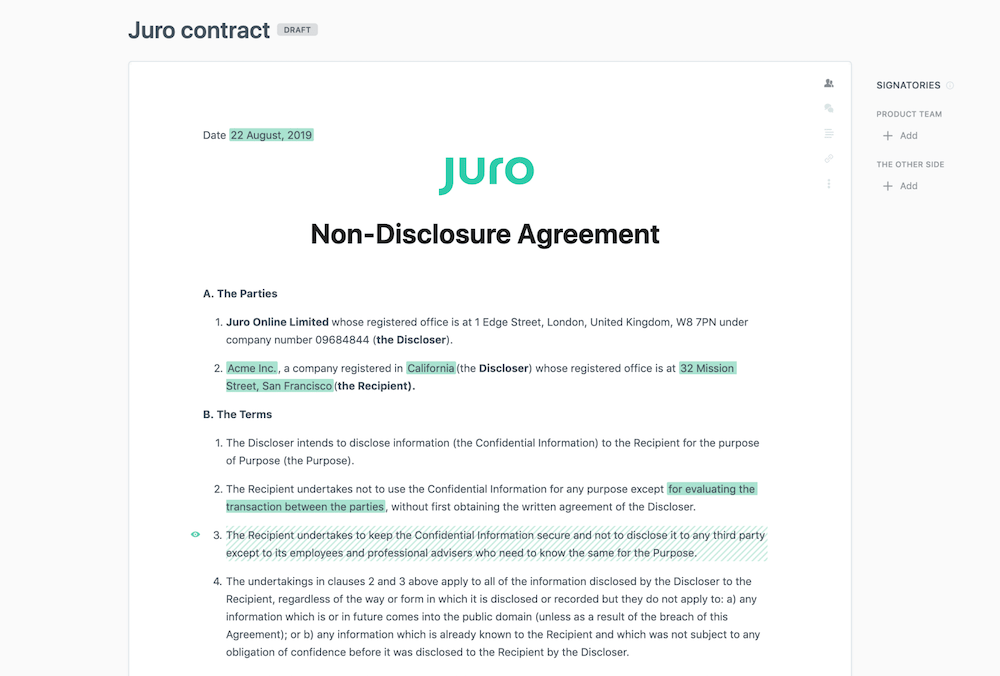 Approve NDAs in a browser-based workflow

Although NDAs have many applications, and are comparatively low-risk, it’s important that legal teams retain control and oversight of terms. NDAs are seldom heavily negotiated, but it can happen, and the decision-makers as to those negotiations still need to be legal personas. By setting up an approval workflow in the contract automation platform, legal teams can make sure they still have the opportunity to review each contract before it goes out.

Parties can use secure eSignature to sign Non-Disclosure Agreements online, quickly and safely. The authorized signatories for NDAs won’t vary too much from other kinds of contracts - they could range from sales managers to CEOs depending on the size and structure of the company. Find out more about contract automation here.

Why automate NDAs: the benefits

The automation of the NDA workflow is often the first place that Juro customers start, and the benefits can be realised immediately. They include:

NDAs can be so straightforward and standardized that an automated process from creation to signature can realistically take place within a few minutes - perhaps the biggest bang for your buck in contract automation. Moving from the labour-intensive Word > comment > email > print > sign > scan process to an automated workflow described above typically saves Juro users up to 99 per cent of time on NDAs.

Read more about the benefits of automating NDAs, as well as the practical details of implementing an automated contract workflow, in these case studies: Habito | Eton Shirts | Shieldpay.

How to get around a Non-Disclosure Agreement

If a party believes the terms of an NDA to be unenforceable, it is advisable to contact legal counsel for advice before proceeding. Certain circumstances will invalidate an NDA, and certain types of information can't be protected by an NDA - if you think this might be relevant, read more here and talk to a lawyer.

How to break a Non-Disclosure Agreement

Contracts are legally binding and parties commit to be bound by their terms. However, there have been many high-profile instances of the validity of NDAs being questioned and parties being released from their confidentiality agreements. It is advisable to seek advice from a lawyer before taking any action.

What happens if you break an NDA?

The penalties for breaching an NDA may or may not be set out in the contract, but breach of contract has consequences - it is advisable to seek advice from a lawyer before you take any action.

If NDAs are a pain point for your business, and contract volumes are growing faster than legal headcount, then it might be time to explore contract automation as a solution. In-house counsel have higher-value work to do every day, rather than spending their time digging out Word templates and sending NDA templates via email.

If you're ready to find out more, hit the button below to see what an automated NDA process could do for your business.

How to automate a Master Services Agreement (MSA template)

How to automate a software licence agreement

Manual software licence agreement workflows can waste time and cause friction between teams. How can automation change that picture? 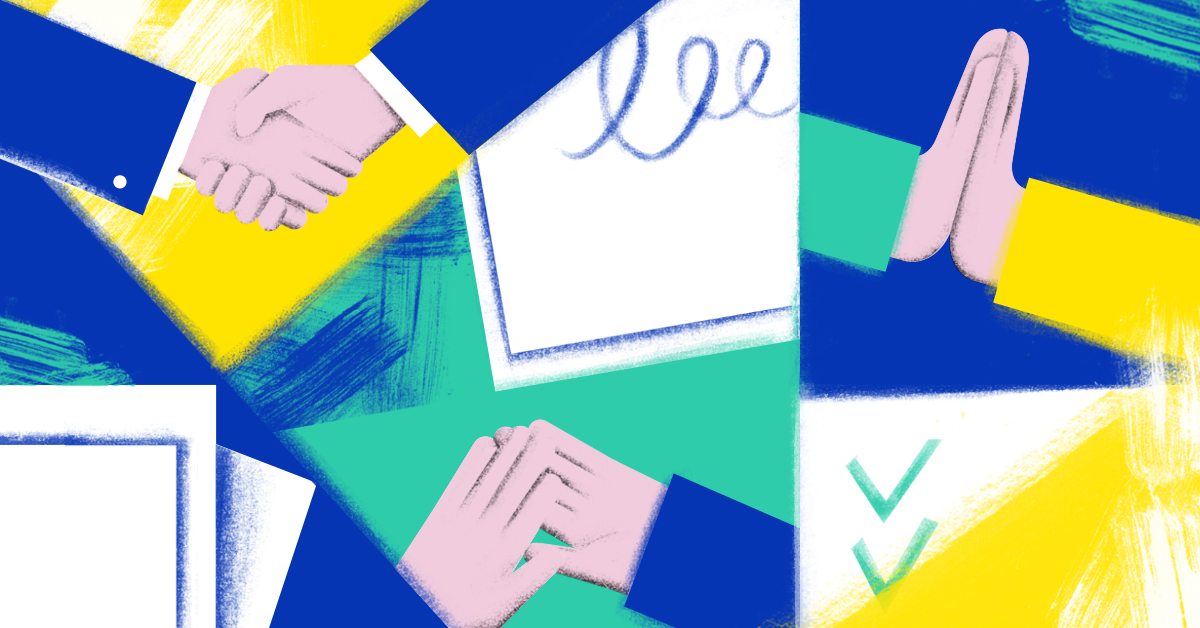 How to automate an option agreement

Option agreements are often high-volume contracts, particularly for high-growth tech companies. Can you save time by automating them?

How to automate a channel partner agreement

Channel partner agreements are a key growth lever for many businesses – how can automation make them easier to manage?

How to automate a vendor agreement

Vendor agreements are a key part of the buyer/vendor relationship. How can automation make them easier to manage?