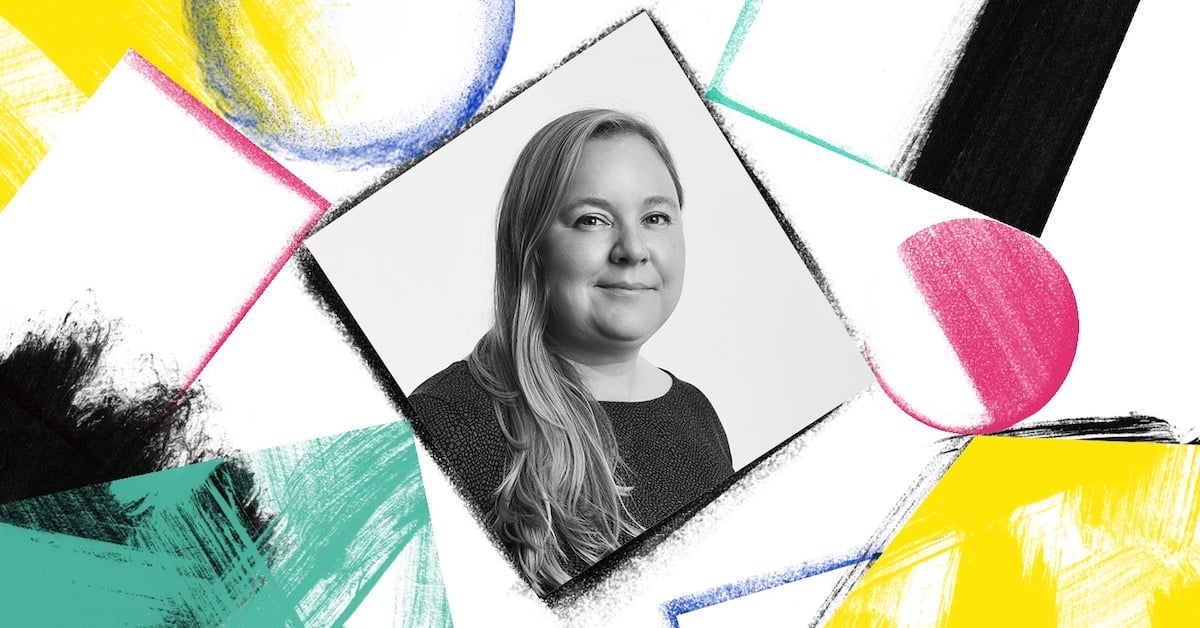 Know your drag along from your tag along, your good leaver from your bad leaver? Lawyers joining VC-backed startups as the first in the legal function will quickly need to get up to speed on the jargon-rich world that is venture capital. And while it’s highly unlikely you’ll ever attempt a fundraising without retaining specialist external counsel, it can’t hurt to brush up on the terminology for those conversations with your founders. You never know when you might need to explain it in simple terms ...

These views are the author's own and do not constitute legal advice!

Some investors will only participate on condition of anti-dilution, meaning, a guarantee that if the company issues more shares, they don’t have to buy more, but their shares aren’t diluted. For example, the company might be obliged to keep a given shareholder at 20% ownership, even if that means issuing more shares. This isn’t too common, but it can protect early investors from being diluted by things like employee share schemes.

This is a commonly understood term, but it’s important to flag it as being part of this list of terminology. The articles of association are the company’s constitution, defining its business, directors’ responsibilities, corporate governance, and so on. An investor will likely request new articles or changes to existing articles as part of a deal.

The share capital table sets out all the various shareholders and the shares they own. VC-backed companies tend to award people share options, or set thresholds that increase the ownership shares that people hold, based on certain triggers. This means that the cap table needs to stay up-to-date and reflect those changes - for example, what does it look like when fully diluted? The fully diluted cap table tells you who gets what percentage in full in the event of an exit, so it’s a vital document that investors often request, particularly companies that have been through lots of funding rounds and lots of employees - it helps them to calculate the waterfall.

A down round can help if you need to raise money quickly. For example, if a previous funding round had valued the company at $30m, you might open a funding round that allows people to buy in at a $20m valuation. This ‘down round’ might follow a period where you’ve been spending heavily, for example on research and development, without shipping anything new commercially. You can’t justify a bigger valuation, so you let investors buy in at a lower valuation. As an investor, this allows you to take advantage of a riskier bet - i.e. a company that hasn’t increased in value.

Let’s imagine a certain percentage of shareholders want to sell their shares to a third party. That third party wants to buy 100% of the shares of the company, but not every shareholder wants to sell. But ‘drag along’ means that if the holders of enough of the shares - say, 50.1% - want to sell, they can ‘drag’ the other shareholders into the sale. Investors might insist on terms that mean they can only be ‘dragged’ if they are then given a defined proportion of the sale proceeds. Drag along rights are there to make sure majority shareholders have flexibility and an easy exit route. Also see tag along.

An exit event, where shareholders and their money depart from the company, is often defined quite carefully in the articles of association, or the SSA. It might mean selling 100% of the shares, or an IPO, or selling over a certain percentage of the company’s shares, or selling a particular proportion of the company’s assets. Lots of important rights and obligations are linked to exits, so it’s crucial to understand precisely how it’s defined, and be sure about what that means.

These distinctions feel like loaded terms, but they exist to encourage people to stay as shareholding employees and protect the company from unexpected cash payouts. A good leaver is a shareholder who, through no fault of their own, is no longer part of the company. This might be because of death or long-term illness. In such a case - for example, an individual passes away during a 5-year lock-in, and her estate seeks the value of their shares - then they’re usually entitled to at least some of the value, as they’re a good leaver.

A bad leaver is often defined as anyone who’s not a good leaver. An example would be an employee in a lock-in period who wants to resign, walk out of the company, take their money and run off to the Bahamas. This person is probably a bad leaver and their request can be denied.

With employees, options that vest over time usually take care of this issue. But with founders who own the shares from the get-go, for example, these distinctions exist to protect the company from unexpected cash payouts they can’t plan for.

This is where individuals who are considered vital to the business - often founders and key employees - are ‘locked in’ and prevented from selling their shares for a defined period. This is common in both exits and in funding - those buying the business are ultimately investing in individuals and their ideas, and they want to make sure they remain as part of the business. Locking in key talent is common in all deal sizes and helps to protect the company’s value.

A multiple is just a means of valuing a company in comparison to a key metric. It might be a multiple of EBITDA, or a multiple of current subscribers’ revenue. Investors might have a stated goal to invest, or to sell, at a particular multiple.

This refers to how much the company in question is worth before and after a given funding round. Investors in the same round will all invest at the same pre- and post-money valuations.

A put option gives a shareholder the ability to force someone else to buy their shares. It might be that the company has an obligation to buy back the shareholder’s shares; or the obligation to buy might sit with other shareholders. A call option is the other way around: a company, or other shareholders, obliges a shareholder to sell their shares to them. These are more unusual in VC deals, but they’re really important if present - it’s crucial to be clear on the circumstances under which a party is required to act.

Sometimes pronounced “rofer”. This means right of first refusal, regarding the issue of new shares: so if new shares are issued, the existing shareholders might have a right of first refusal to buy them first, before they’re offered to anyone else (like the public). In the UK, shareholders have pre-emption rights automatically by law, unless the articles of association expressly provide for them to be bypassed. In the US, investors don’t have pre-emption rights, so ROFR is more important.

These are the two main transaction documents you’ll come across.

The SHA - shareholders agreement - sets out the relationship between the company’s shareholders.

The SSA - shareholders and subscription agreement - differs to the SHA because it covers subscribers to new shares. This distinction is useful because it helps you to separate between funding rounds.

A document summarising the terms the company will agree with the investor. This includes the amount of the investment and the equity stake the investor wants to take. It can be as brief as one page, or it can be more detailed; for example, sometimes the main commercial negotiation points will be spelled out here. But sometimes a company will offer a standard term sheet on their website which they present as non-negotiable.

Term sheets aren’t usually legally binding - they just set out the situation. The reason for this is that investors may not have done due diligence yet, so they’re not ready to be bound by terms. However, term sheets are often accompanied by exclusivity and confidentiality provisions. These usually are binding. That’s because if someone breaches confidentiality, it could be harmful; or if you dedicate resource to the deal and the other party doesn’t respect exclusivity, you might suffer loss if the deal doesn’t happen. In both cases you want to make sure you have a remedy if your rights aren’t respected, so those provisions are legally binding.

Warranties are statements of facts about the company at a particular moment in time. Founders or management usually provide warranties to investors looking to invest in the company, and investors rely on them when they enter into the transaction. The key issue is that if founders and management give warranties personally, and they can lead to personal liability, rather than liability that sits with the company. If a founder provides a warranty, and doesn’t disclose against them, and they’re proven to be incorrect, then investors can sue founders personally. Often the liability is capped, but it could still be ruinous to the individual. Warranties are not to be taken lightly.

The waterfall is often set out in the articles of association, and can also be known as a liquidation preference, or a sale preference. It sets out what happens if the company is sold: who gets what money, and when? It’s quite common that VC investors are taking more risk, so they might get preference shares, meaning they’re paid first, followed by the holders of ordinary shares. Negotiations with VC investors often centre around the level at which their preference kicks in. Note that founders sometimes have founder shares, ahead of ordinary shares, and behind preference shares.

These are just some of the key terms that GCs and their founders need to get to grips with, when it comes to venture capital investment. If it seems like a lot to learn, that’s because it is - so when it comes to the transactions themselves, get help. Outside counsel always seems expensive but they’re worth it, with the future of the company potentially on the line. In fundraising rounds, for example, in-house lawyers don’t want to be advising founders quickly to accept risk under extreme pressure without the safety net of external advice. Arm yourself with as much knowledge as possible in advance, and when it’s time to get serious, don’t be afraid to call in the cavalry. 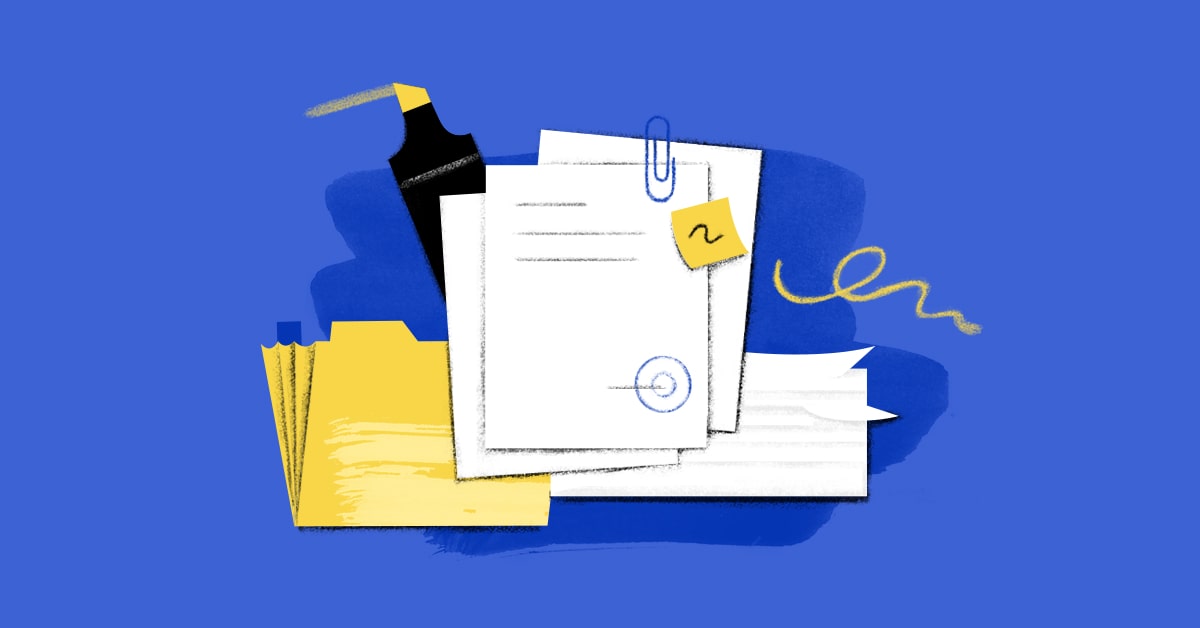 Once you’ve survived your first few months at a scaleup, you’re likely to realize that reinforcements would be useful. But how do you put together a world-class team? 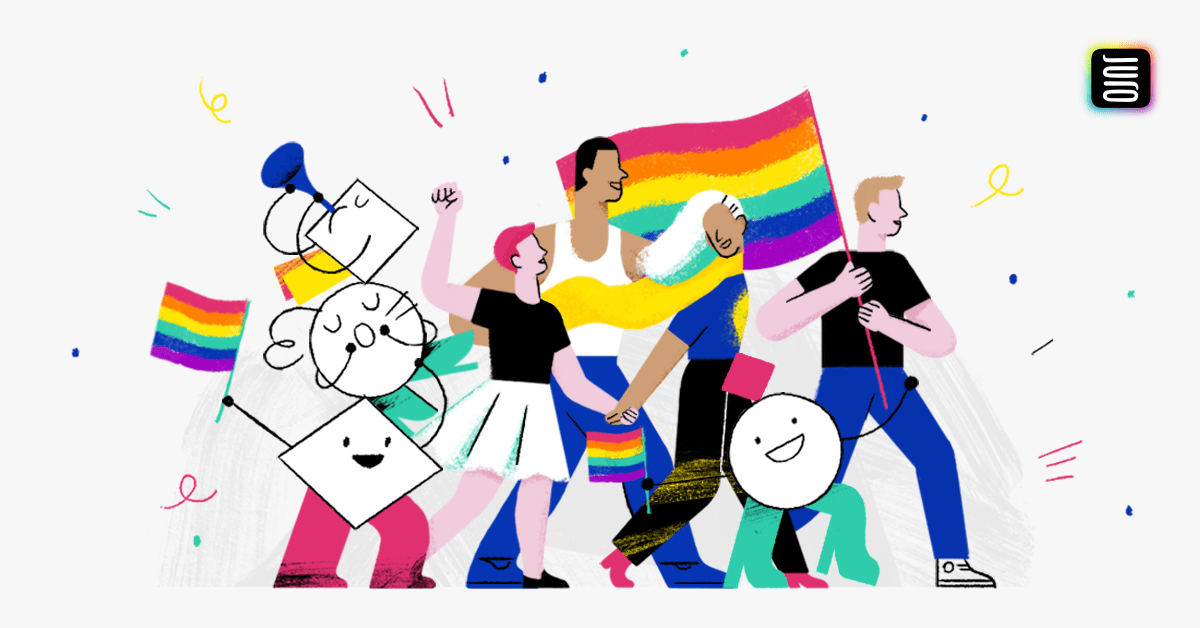 How to be an LGBTQ+ ally

How can startups, with limited budget and resources, show their support for the LGBTQ+ community during Pride month and beyond? 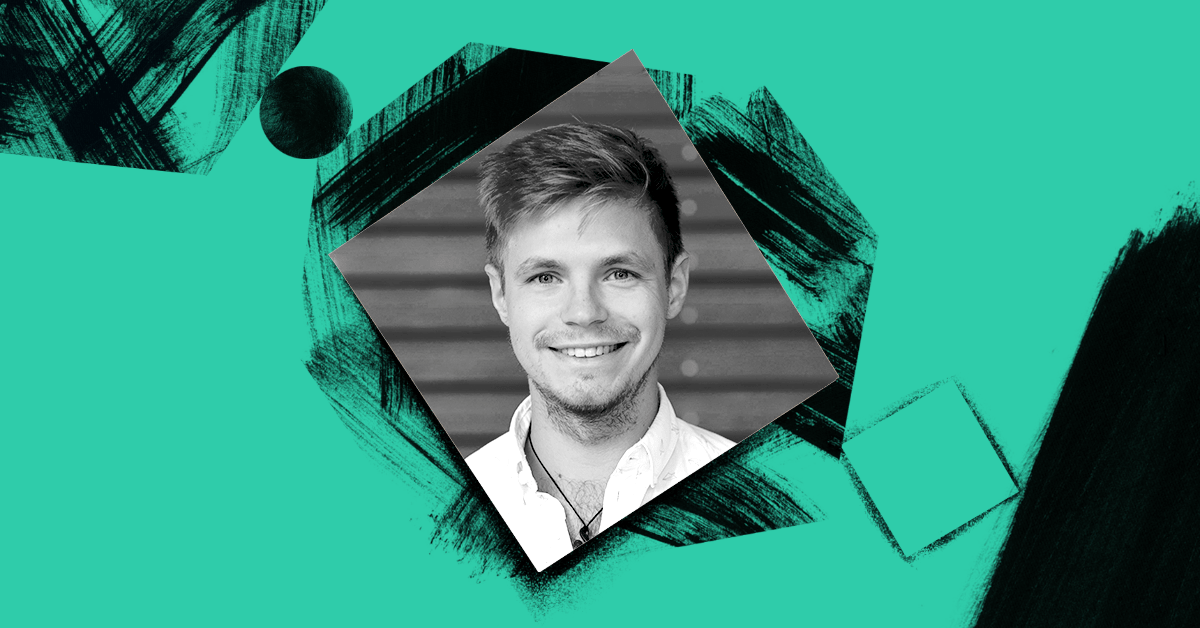 How to ace your interview at Juro

Interviews don’t have to be stressful, but a lack of expectation can make it difficult for candidates to succeed. Here’s how to prepare for an interview at Juro - and how to ace it. 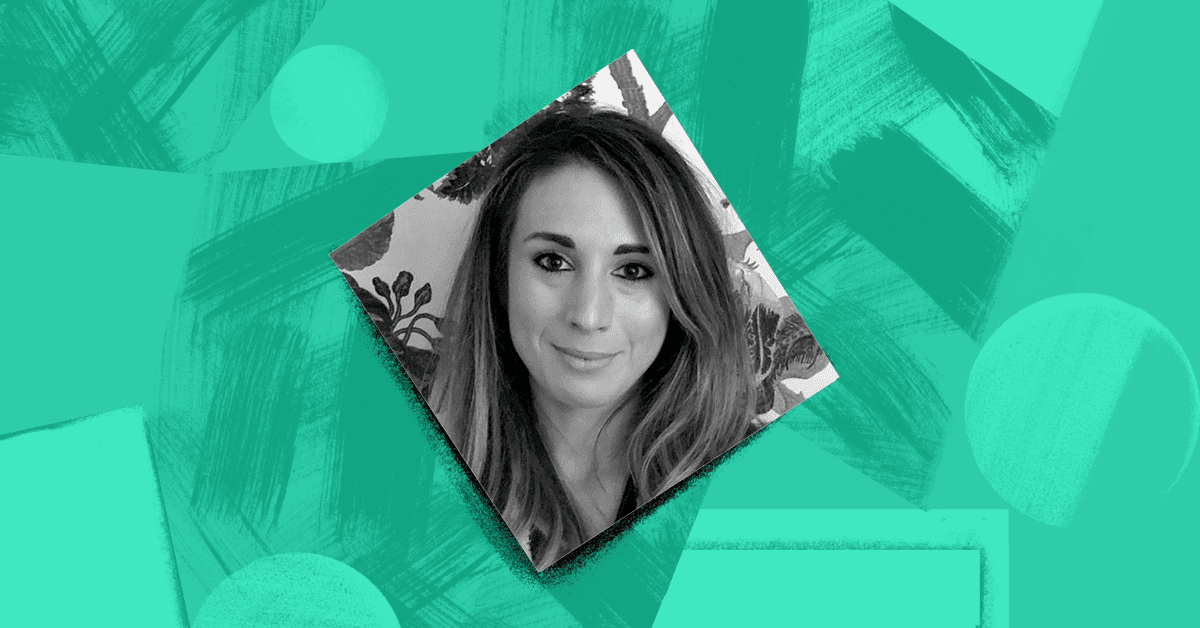 Moving into new jurisdictions is often a task that could benefit from months of consideration. You’re unlikely to have that at a scaleup - so how do you survive and thrive as your company goes global? 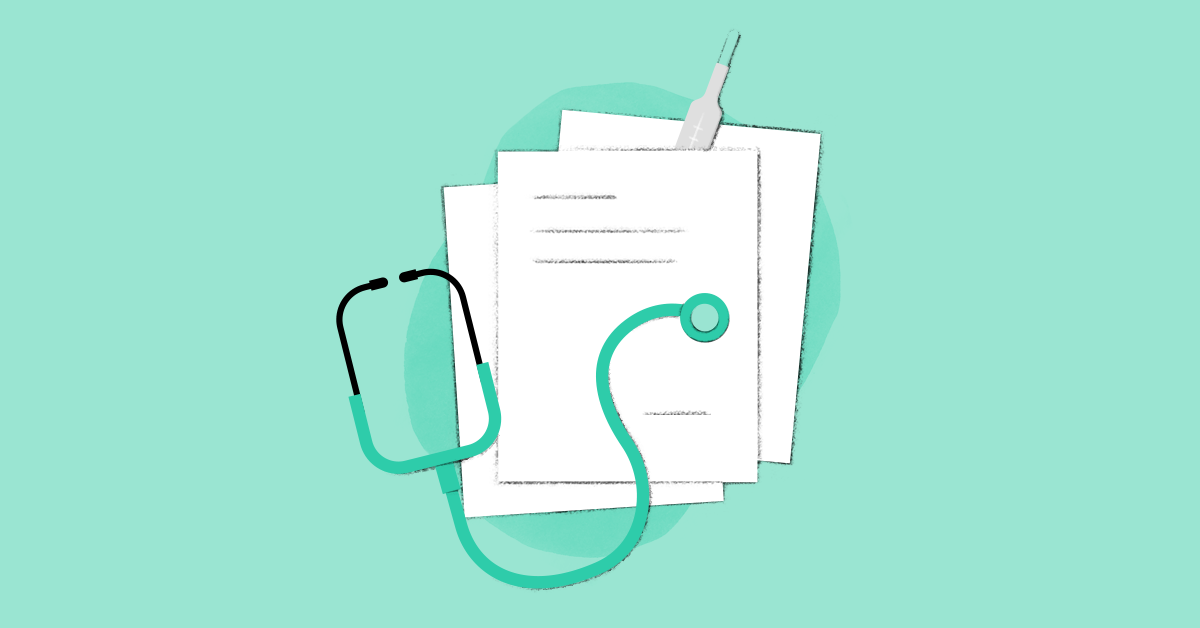 How healthy is your contract process? Take the test

Manual contract processes cause delays at scaleups looking to close deals fast, and create friction between teams at large enterprises if there's no visibility or standardization.

How to work with leadership teams at a fintech

What do fintech founders and CEOs expect from their in-house legal team? And what skills and qualities do you need to work effectively with them? Ed Freeman, GC at Tandem Bank, shares his insights.